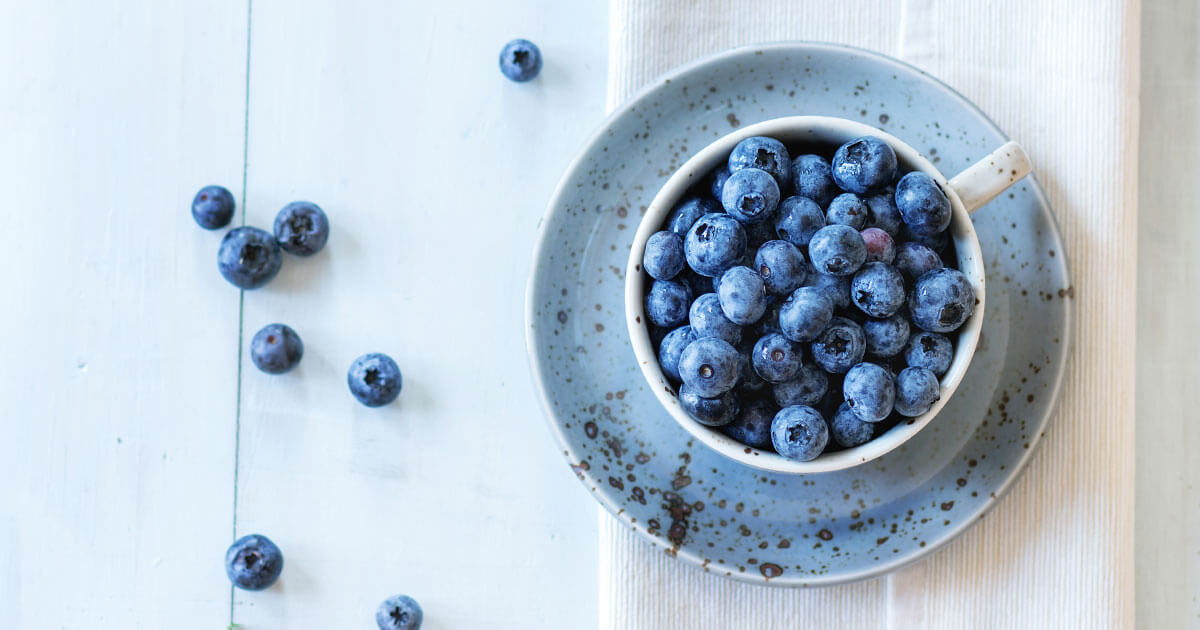 While short-term inflammation can be helpful to trigger the immune system, chronic inflammation is like a slow burning fire that ravages the body in the long-term. TIME magazine even called inflammation the “secret killer” since it worsens so many diseases.

Scientists are now realizing that runaway inflammation is linked to heart attacks, Alzheimer’s and many other diseases (1).

So, if you want to stay healthy, keeping inflammation under control is a top priority. One of the easiest ways to fight inflammation is to include anti-inflammatory superfoods in your diet.

To get started, here are 9 powerful superfoods that fight inflammation.

When it comes to fruit, blueberries are the absolute best for fighting inflammation. That’s because blueberries contain a powerful antioxidant called quercetin.

Animal studies have found that quercetin can significantly reduce inflammation by protecting your body from the effects of free radicals (2).

But the anti-inflammatory benefits don’t end there. Blueberries also have prebiotic fiber. They promote the growth of healthy bacteria in your gut, thus helping to calm inflammation (3).

While it’s traditionally used as a spice, turmeric is one of the most powerful natural anti-inflammatory substances in the world.

All thanks to an active compound called curcumin. Numerous studies have found that curcumin is incredibly effective at fighting inflammation (4).

In fact, curcumin is so effective at fighting inflammation that it was found to be better than well-known anti-inflammatory drugs while being free of side effects (5). Now that’s a superfood!

One challenge with turmeric is that it is not well absorbed. That’s why many people choose to take a supplement that combines organic turmeric with essential fatty acids to optimize absorption.

Broccoli is a tried and true veggie to reduce inflammation. In addition to all the antioxidants inside, broccoli has a special flavonoid called kaempferol, which research suggests can battle inflammation in the body (6).

If you’re not a fan of the taste of broccoli, you can easily get it in your diet with a tasty organic green juice powder.

Walnuts, like other healthy nuts and seeds, are a healthy source of the omega-3 alpha-linolenic acid (8). The problem is, most people don’t get enough omega-3s in their diet.

Instead, many foods are high in omega-6 fatty acids. When the ratio of omega-3 to omega-6 is out of balance, it can promote chronic inflammation.

Getting plant-based omega-3s in your diet helps restore the right balance of omegas to calm the effects of inflammation. A 4 to 1 ratio of omega-6 to omega-3 is considered optimal.

Like broccoli, most green leafy vegetables are a rich source of antioxidants. This includes spinach, chard, kale, and bok choy.

Spinach, for example, contains an antioxidant called lutein which is shown to fight inflammation—especially for those with coronary artery disease (9).

Leafy greens are also a great source of the plant pigment chlorophyll. The health benefits of chlorophyll are wide ranging. Animal studies have also found that chlorophyll can inhibit the expression of a pro-inflammatory cytokine in genes, helping to tamp down inflammation (10).

Once there, bromelain targets and breaks down excess proteins in the blood, helping to fight against inflammation. Studies show bromelain has benefits for joint discomfort and helps in recovery from sports activity (11).

Since bromelain works most effectively when taken in-between meals, it’s best to take it as a supplement with a wide-range of proteolytic enzymes.

Celery contains a wide range of antioxidants, flavones, and flavanols. All of which are natural substances that can help reduce inflammation.

A study published in Molecular Nutrition & Food Research even found that celery juice can inhibit proteins associated with inflammatory disease (12).

When buying celery, make sure to always choose organic, as it’s a veggie that tops the list for toxic pesticides when grown conventionally.

While most people have a love-it or hate-it reaction to the taste of beets, there’s no denying their health benefits.

Their distinct red color comes from an antioxidant called betalain, and they are full of healthy nitrates to support heart health.

Studies have found that beetroot possesses potent anti-inflammatory effects, even for those with high blood pressure, so they can support your heart health in multiple ways (13).

Ginger is a versatile root that’s used in countless traditional cuisines throughout the ages. But ginger goes way beyond food.

Researchers have found that ginger can inhibit several compounds in the body that biochemically promote inflammation (14). In other words, it reduces inflammation on the cellular level.

The best part about ginger is that it’s so easy to add to your diet. You can use ginger extract to make your own ginger ale with mineral water and honey. Or you can add a sliver of ginger to your favorite juice recipe. The sky is the limit.

Yes, Food Can Be Your Medicine

Over-processed foods and an abundance of environmental toxins promote chronic inflammation in the body which in turn contributes to a long list of diseases. Turn to anti-inflammatory superfoods as a natural remedy.

Make these 9 powerful superfoods part of your day to help curb inflammation. Add them as a side dish or make a superfood smoothie to give yourself a healthy breakfast or lunch. Your future self will thank you.