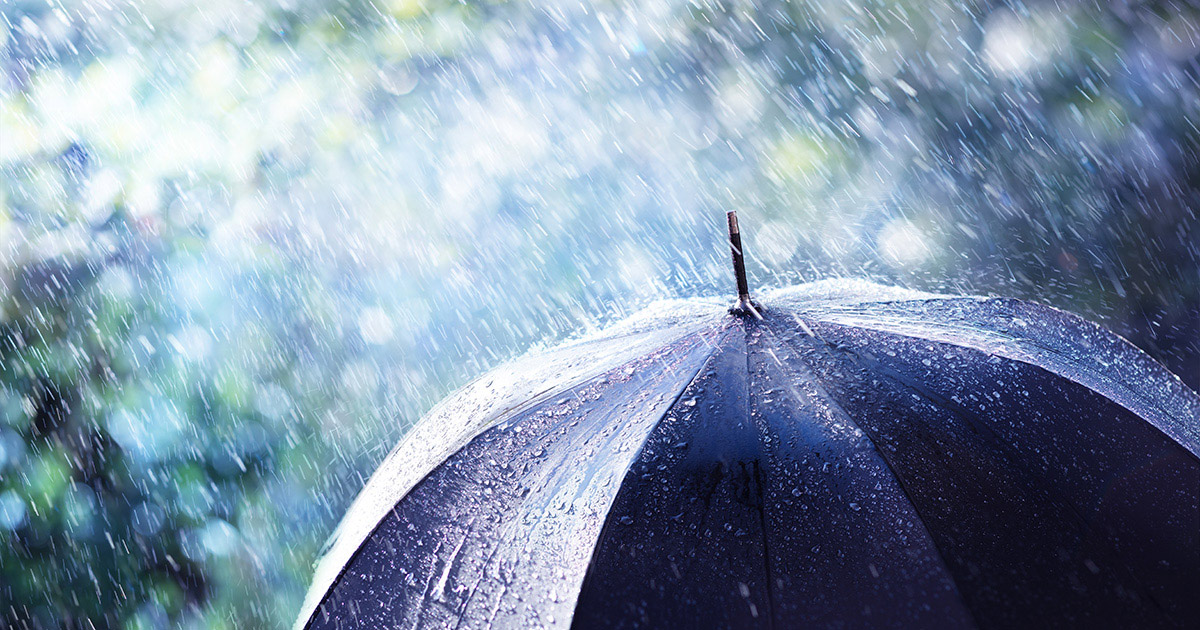 It’s no secret that plastic is a huge source of environmental pollution. Billions of pieces of plastic trash pollute waterways, kill wildlife, and disrupt delicate habitats. Unfortunately, that’s not the full extent of plastic’s destructive wake. The negative effects of plastic go well beyond environmental damage.

When used for packaging, plastic can also expose you to a cocktail of toxic compounds. That’s why many people are opting for glass containers and biodegradable packaging. It’s an important first step to protecting your health, but new research suggests it may not be enough.

Scientists from the United States Geological Survey accidentally discovered that microplastics—tiny particles of plastic—were present in over 90% of precipitation samples they gathered (1).

Researchers collected rain, snow, and fog samples from eight diverse regions in the Southern Rocky Mountains of Colorado. Originally, they were evaluating nitrogen pollution. After looking at their samples, however, they realized there were disturbing levels of microplastics present.

Within the original article published on USGS.gov, you can explore over 35 images of what these microplastics look like under a microscope. Interestingly, the microplastic rain wasn’t just isolated to urban areas. The results revealed both remote and urban areas tested positive for “plastic rain.”

Since the researchers didn’t anticipate evaluating microplastics in rain, they didn’t elaborate much further. But that doesn’t mean the story ends there. A growing body of research suggests this is just the tip of the iceberg.

Microplastic rain isn’t just an isolated issue. It’s a red flag for something far more concerning: microplastics have invaded the food chain, and in turn, us.

Researchers in Canada, for example, looked at premium, “silken” tea bags— which feature a plastic mesh design—and discovered that a single tea bag released over 10 billion microplastics into the tea (2). This is a massive concern for anyone who enjoys a cup of tea, and a big reason to switch to paper tea bags or loose leaf tea to still get all of the health benefits of tea.

Microplastics also have alarming implications for the food chain. Research shows that tiny larval fish mistake microplastics for food, and as these baby fish are eaten by bigger fish, microplastics can end up in the food we eat (3).

And further research confirms we are unknowingly consuming microplastics through our food and water. A study by the University of Newcastle in Australia estimates that we each consume 5g, or about the size of a credit card, of microplastics every week (4). Additionally, a groundbreaking study confirmed fears that we are eating plastic when it detected the presence of microplastics in human stool samples from across the globe (5).

The lead researcher Dr. Philipp Schwabl explained, “Of particular concern is what this means to us, and especially patients with gastrointestinal diseases. While the highest plastic concentrations in animal studies have been found in the gut, the smallest microplastic particles are capable of entering the bloodstream, lymphatic system and may even reach the liver.”

Experts still aren’t entirely sure how microplastics can affect human health since there is a general lack of scientific research on the topic. Some ways microplastics may harm include how they:

Where Do All of These Microplastics Come From?

When plastic gets into the environment, it slowly begins to degrade into tiny microscopic particles. Once these particles get small enough, they can travel with water. From here they can easily make their way into the food chain. Then when we eat or drink anything with microplastics, the body absorbs a small percentage of these tiny plastic particles.

Contrary to common belief, it’s not just plastic bottles and food packaging that’s creating these microplastics. Approximately 35% of all microplastic pollution comes from textiles that contain synthetic fibers (9). This includes most bedding, clothes, and upholstery. With time and washing, these fibers degrade into microplastics and contaminate the environment.

What Can You Do About Microplastics?

Even though the negative effects of microplastics sound scary, it doesn’t mean you’re doomed to these effects. There are several steps you can take to protect your body and minimize the potential negative effects.

Like with any toxin, it’s first important to avoid exposure as much as possible. This means you should avoid using plastic food packaging, install a water filtration system in your home, and avoid consuming too much seafood since a large percentage of it is contaminated with microplastics (6).

Since it’s impossible to completely avoid microplastic exposure, it’s also a good idea to take something to detox the body and support the body’s immune system. For detoxification, the best option is to take a liquid zeolite supplement because it provides a wide range of health benefits.

Nanosized zeolite is the perfect solution to microplastics because tiny zeolite particles can travel deep into the body’s tissues where microplastics may accumulate and research shows it can trap a wide variety of toxins, from heavy metals (11) to plastic compounds such as BPA (12). Liquid zeolite is easy to use and designed for daily use, which is ideal since we’re exposed to microplastics and other toxins constantly throughout the day.

While invisible to the naked eye, microplastics are ever present in our everyday environment. Research shows microplastics are found in our food and water, and even in the rain. And given the vast amount of plastic that is produced each year, the problem will continue to get worse as these plastics degrade. That’s why it’s essential to take steps now to reduce your exposure and detox your body for optimal health.