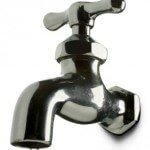 Environmental Health News highlights research showing new potential dangers from arsenic exposure in food and water. This article provides further validation of the need to cleanse cells by detoxing heavy metals and other environmental pollutants from the body every day.

Mice exposed in the womb and after birth to high levels of arsenic were more susceptible to influenza than unexposed mice, according to a new study by Australian researchers. These co-exposures could be an important factor in the development of chronic lung problems later in life, according to the researchers. More than 200 million people globally are exposed to arsenic in drinking water that exceeds a U.S. and international standard, according to the World Health Organization.

Arsenic is an element that is naturally found in soil, and it often taints ground water. It also can come from farm runoff and industrial waste.

Mice exposed in the womb or as newborns to arsenic and influenza were less able to fight infection, had an increased inflammatory response in their airways and altered lung mechanics. These co-exposures could be an important factor in the development of chronic lung problems later in life, according to the researchers.

Cancer has been the biggest concern related to arsenic contamination of water supplies. But previous studies in animals or humans also have suggested that prenatal arsenic exposure may increase susceptibility to respiratory infections or impair lung growth and immune system development. The current study examines how arsenic exposure modifies the mouse body’s responses to influenza infection.

The mice in the study drank water contaminated with 100 parts per billion of arsenic, 10 times higher than a standard set by the U.S. Environmental Protection Agency and WHO. However, some regions in the United States have groundwater that routinely exceeds 50 parts per billion, according to the U.S. Geological Survey. And some countries have severe arsenic problems, particularly Bangladesh, where arsenic reaches as high as 3,000 parts per billion.

The researchers compared the exposed pregnant mice to others that drank arsenic-free water. After their offspring were born, exposure continued to either arsenic-clean or contaminated water.

“Those mice exposed to both arsenic and influenza had the greatest deficits in lung mechanics,” wrote the study authors from the Telethon Institute for Child Health Research, University of Western Australia and University of Queensland.

An increase in airway responsiveness is one hallmark of asthma.

“These data demonstrate how exposure to arsenic in early life can alter the response to influenza infection resulting in both acute and long-term effects on respiratory health,” they wrote.

While the study suggests that the mouse lung is highly sensitive to arsenic exposure early in life, what these data mean for humans remains unclear. Further research is needed to determine if arsenic-exposed populations are at a greater risk of sickness and death from lower respiratory infections, the authors conclude.