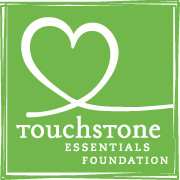 Shaw University is in Eddie Stone’s line of vision. Every day, this Founder and CEO of Touchstone Essentials, drives through the campus on the way to and from his downtown Raleigh-based business. While the historic buildings made an impression, it was the sight of hard-working students that touched his heart.

“Along Wilmington Street, it was a compelling sight to see kids going to school or on their way to work in the early morning hours. I think the sacrifice of someone who is prepared to work nearly full-time and be a full-time student—while maintaining competitive grades—that level of work ethic should be celebrated.”

Believing that businesses play a vital role in building their communities, Stone decided to make a $4,500 donation to Shaw, to support working students. Giving back comes from Stone’s belief that a business should serve customers and community first. According to Stone, “Then the profits take care of themselves.”

After more than twenty years of success in the nutrition and direct marketing industry, Stone created Touchstone Essentials in February 2012 to provide a solution for people seeking wellness, with a whole foods philosophy. It’s a “farm to bottle” nutritional approach that maintains the integrity of fruits and vegetables in supplement form.

Central to the company’s launch was the creation of the Touchstone Essentials Foundation, as a way to focus on the well-being of children. While the Foundation has donated more than $15,000 to local organizations such as The Salvation Army—to address food and housing challenges for children in need—Stone believes education is the key to making our children successful.

“It is our intention to cultivate the next generation, and that starts with educational opportunities. Shaw was an easy choice to invest in.” Remarking how the University has survived major challenges, Stone added, “Shaw is a vital part of our community and we would like to not only nurture the growth of its students but also the institution itself.”

Stone hopes his gift will help to lighten the financial load for Shaw students, saying he would like for students to, “Focus their efforts on their education to be better prepared for the workplace, and ultimately better prepared to make their contribution to the world.”

He also hopes his donation will serve as a challenge to the entire Triangle business community, “I would really call out to other business leaders to look at Shaw University as a place worthy of community investment,” said Stone. “I want to see Shaw grow and thrive.”

This article originally appeared in the Fall 2012 edition of The Shaw Gazette.