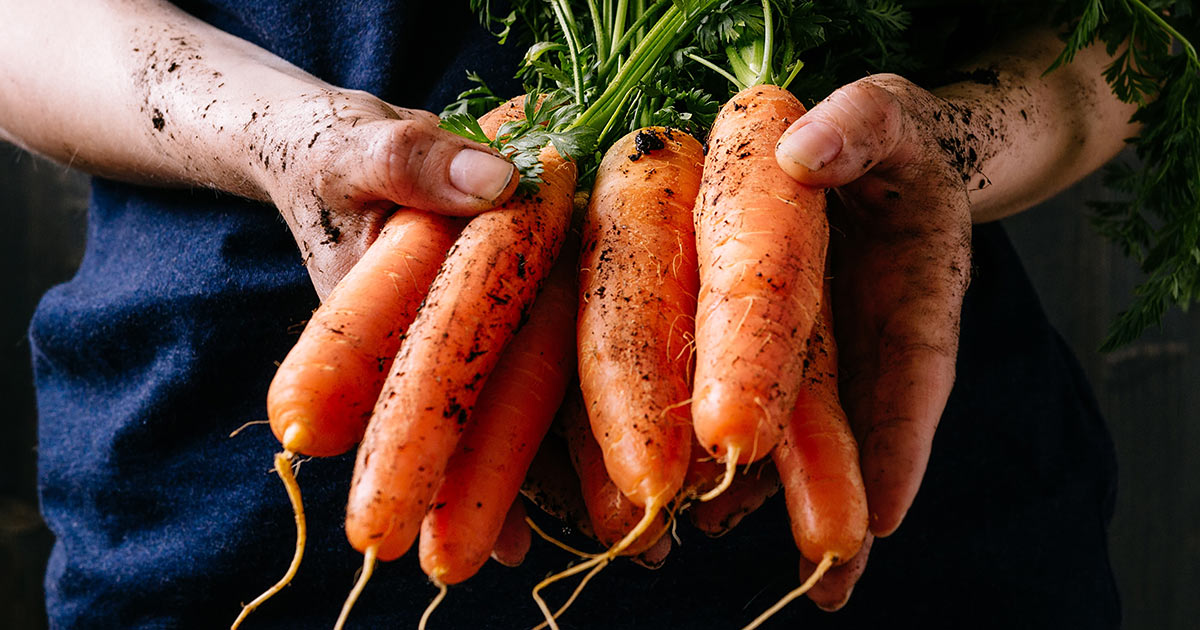 The vast majority of multivitamin and nutritional supplements are filled with synthetic or isolated fragments of vitamins, and this is certainly true for beta carotene, the precursor for vitamin A. What most people don’t know are the dangers that come with ingesting synthetic beta carotene.

Natural beta carotene is one of the many brightly colored pigments found in fresh fruits and vegetables. This carotenoid serves as a precursor to vitamin A, a vitamin essential for vision, skin health, immune function, and gene transcription (the first step in gene expression).

Because beta carotene converts to vitamin A in the body as needed, it offers all the health benefits of vitamin A without any of the toxicity of vitamin A sourced from high-dose supplements or cod liver oil.

These health benefits can be attributed to the use of whole foods, where beta carotene is one of many carotenoids in the plant—with all of its necessary co-factors—delivering complete nutrition.

The Finnish Study, a double-blind, placebo-controlled study published in the New England Journal of Medicine gave over 29,000 male smokers beta carotene and vitamin E, to evaluate the cancer-protective benefits of the vitamins.

Surprisingly, the study authors discovered a HIGHER incidence of lung cancer (18%) in those receiving supplementation of beta carotene. And total mortality was 8% higher among those who received beta carotene than those who did not.

Buried deep within the study methods is the admission that, “The study agents were formulated as synthetic dl-alpha-tocopheryl acetate (50 percent powder) and synthetic beta carotene (10 percent water-soluble beadlets); all formulations were colored with quinoline yellow.”

How is synthetic beta carotene made?

Is it any wonder that people taking synthetic beta carotene have negative health outcomes when the ingredients used to make it include petrochemicals and harsh solvents?

When you imagine beta carotene your mind may wander to the image of vegetables such as carrots, sweet potatoes, squash, spinach, broccoli, kale, pumpkin, parsley and peas. But that is not where synthetic beta carotene comes from.

Instead the reality is synthetic beta carotene is manufactured from benzene extracted from acetylene gas (really, we’re not making this up). Benzene is a natural constituent of crude oil, and is one of the most basic petrochemicals. Not only do these substances have no nutritional value, benzene is considered to be a carcinogen or cancer-causing substance.

Protect your health and check your labels

Unfortunately, most supplements don’t tell you if the vitamins listed are synthetic because they are not legally required to do so. Labeling laws allow companies to call a chemical isolate by the same name as the complete nutrition found in whole food, even though they function entirely differently in the body.

But there are ways you can tell. For vitamin A, if your supplement label says Vitamin A Palmitate, Retinyl Acetate or Vitamin A Acetate it is ALL synthetic. For beta carotene, unless the whole food source is listed, it is SYNTHETIC.

Companies use synthetic vitamins because the ingredients (petrochemicals) are cheap, and because they think they can get away with making consumers think synthetic and food-based supplements are the same. They are not.

Look for supplements sourced from whole foods, where vitamins and minerals are in their natural form, with all co-factors and enzymes intact, so they can deliver the full power of nourishment to protect your cellular health. For a full list of how synthetic vitamins are labeled, and what they’re really made from, download and print the “What’s In Your Vitamins” chart, available here.