Why Most Multivitamins Are Toxic 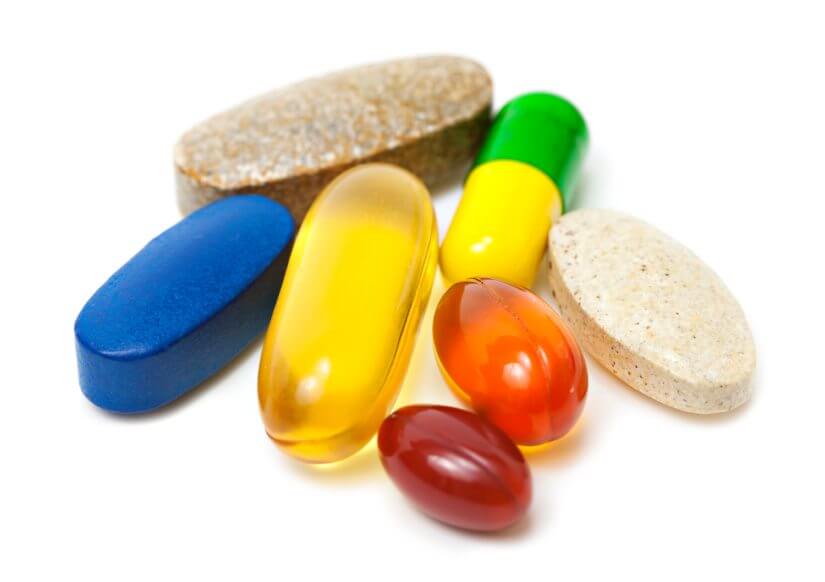 In episode #11 (season 2) of CSI: Crime Scene Investigation, a woman poisons her husband with the chemical sodium selenite. Strange as it may sound, this exotic murder weapon, and its close cousin, sodium selenate, are listed as “nutrients” on the labels of most mass-marketed vitamins.

Even though both sodium selenite and selenate are classified as dangerous and toxic to the environment by regulatory bodies such as the Environmental Protection Agency (EPA) and the European Union, they are the primary forms of this mineral—selenium—sold on the mass market today.

How can vitamin manufacturers advertise something as being a “nutrient” when the EPA—out of concern for our health—has barred it from our drinking water at all but exceedingly minute levels? Have sodium selenite/selenate really been shown to be toxic?

A brief perusal of toxicology reports from the Hazardous Substances Databank (toxnet.nlm.nih.gov) and PUBMED (pubmed.gov) shows that both forms can be carcinogenic and genotoxic and may contribute to reproductive and developmental problems in animals and humans. The question is not whether these have toxicity, but rather at what level they overwhelm our capacity for their detoxification and/or biotransformation into non-toxic metabolites?

A word should be said here about the differences that exist between inorganic minerals and biologically active ones:

The selenium that is found in foods like brazil nuts, mustard seeds, and fresh produce grown in selenium-rich soil, is infinitely different from unbound forms being put into some multivitamins. In fact, sodium selenite/selenate can cause DNA damage associated with cancer and birth defects, whereas the selenium found within food, or laboratory chelated forms like selenomethionine, has chemopreventive properties.

The basic principle that explains this difference is that when you isolate a nutrient or vitamin out of the food complex within which it is naturally found, and where it is inseparably bound to thousands of known and unknown food factors (e.g., enzymes, lipids, protein chaperones, glyconutrients, etc.) it is no longer as beneficial to life and in some cases harmful to it.

This is especially true in the case of vertebrate mammals who are equipped to get their minerals from the plants they ingest or through the biotransformation of inorganic minerals to organic ones by microflora in their gastrointestinal tracts.

The primary reason that sodium selenite/selenate are preferred by some vitamin manufacturers over safer, more beneficial forms like chelated or yeast-grown selenium is because it is more profitable to use raw materials of lower quality. “You get what you pay for” is a saying that almost always rings true for dietary supplements. Buying industrial waste products, or chemicals that are considered hazardous waste, and repackaging them as “dietary supplements” can be extremely profitable.

Unfortunately, inorganic forms of selenium are not the only problem with mass-market vitamins. Take the multivitamin Centrum, manufactured by Pfizer, the most powerful pharmaceutical company in the world. This vitamin contains the following chemicals:

In the left hand column above you will see the quantities of inorganic minerals found within each dose of Centrum. In the right hand column are the maximum quantity allowed by the EPA in one liter of drinking water. In the case of stannous chloride (tin), ferrous fumarate (iron) and manganese sulfate there are significantly higher doses in Centrum than are considered safe for human consumption in a liter of water. Also, cupric sulfate is used as a herbicide, fungicide and pesticide! Although the others listed are at levels well under the EPA’s allowable limit, it is simply amazing that they are found in a product for human consumption at any quantity given their known toxicity.

So, if these chemicals are toxic, how can they be marketed as beneficial to our health?

As of today no law forbids the use of these substances in dietary supplements, despite laboratory research demonstrating their toxicity in animals, and epidemiological and occupational data demonstrating their actual or potential toxicity in humans. This is due to the widespread acceptance in the U.S. of a chemical and drug industry-friendly “weight of evidence” standard for toxicological risk assessment.

Rather than using the “precautionary principle,” which dictates that a substance that is suspected of being harmful should be duly regulated in order to minimize the public’s exposure, the “weight of evidence” paradigm requires that a panel of government appointed experts must evaluate all available toxicological data, and must come up with a consensus that the evidence, unequivocally, demonstrates the substance in question poses a serious health risk. Until such an assessment can be made, a number of substances with obvious toxicity are “innocent until proven guilty” and can be portrayed by irresponsible and/or uneducated manufacturers as being beneficial to human health.

It is sad and ironic that at a time when smaller dietary supplement manufacturers are being accused of being “unregulated” and having poor quality standards (even when they are incurring great costs by using vastly superior ingredients) that massive pharmaceutical companies, who have every resource at their disposal, are allowed to market toxic chemicals to consumers under the banner of USP (United States Pharmacopeia) or “pharmaceutical grade” quality, and get away with it.

Ultimately, we need to use common sense in our purchasing decisions and realize that sometimes companies will intentionally mislead the public—with the complicity of regulatory bodies like the FDA—and will advertise a product that has no health benefits; or worse, may actually detract from our health. The fact that Centrum may or may not be “the #1 doctor multivitamin brand” is irrelevant, considering that one does not ordinarily go to a doctor to seek wise counsel on nutrition. It is simply not their specialty.

The irony is that billions of dollars in health care cost —and the suffering these costs represent— could be saved every year if Americans took the simple step of taking a good multivitamin every day. It is advisable to look for product manufacturers that use high quality ingredients, including those from whole foods, as they are easier for our bodies to absorb and to utilize and therefore contribute more significantly to filling the voids in our diet.

For a toxicological analysis of the ingredients of Centrum visit our product analysis page for Centrum. To view other consumer advocacy exposé pieces visit our Consumer Advocacy page.

Sayer Ji is an author, researcher, lecturer, and advisory board member of the National Health Federation. He founded Greenmedinfo.com in 2008 in order to provide the world an open access, evidence-based resource supporting natural and integrative modalities. This article is not intended to provide medical advice, diagnosis or treatment. Original article published on GreenMedInfo.com and reprinted here with permission.