How a High School Teacher Became a Top Athlete 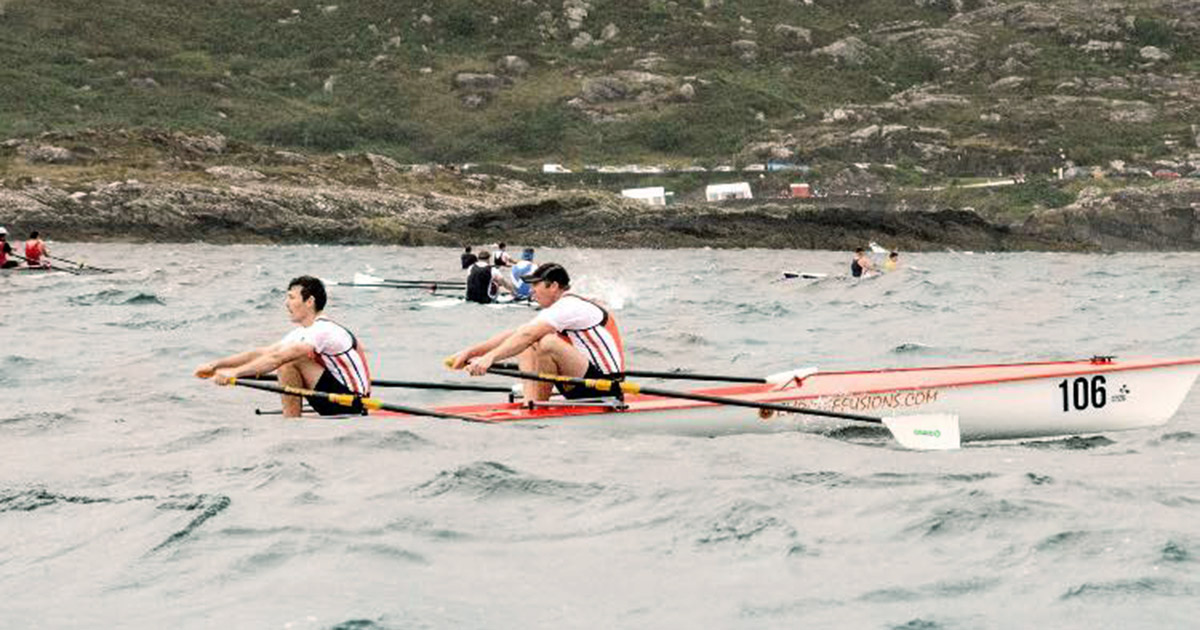 On any given day of the week, high school science teacher Alan Goodison can be found instructing his students on the finer points of physics. Once papers are graded and lesson plans are put away however, he transforms from a teacher to a top athlete. It’s a path that has led from the classroom to the world championship of his chosen sport, coastal rowing.

Unlike the calm waters of river rowing, coastal or offshore rowing is an extreme and exhilarating race through an open course while facing often rough ocean swells.

It’s a sport that’s rising in popularity with 500 rowers from 29 different countries and regions represented at the 2019 World Rowing Coastal Championship in Hong Kong.

A Balancing Act of Work, Life and Training

Making it to the world championship level of any sport requires immense determination and commitment. Not to mention consistent training sessions to build strength, stamina and speed.

It’s a journey that began over two years ago as Alan and doubles partner John Whooley began training and racing around the scenic coastal waters of Ireland. Alan’s preparation for races was filled with six extended training sessions a week, with a mixture of endurance and high intensity workouts. All while teaching full-time and welcoming a new baby into the family.

For Alan, having a single-minded focus on the goal of reaching the world championships helped him get through long days filled with countless workouts. The right nutrition also made a substantial difference. To help him get through tough workouts with energy to spare, Alan turned to the goodness of Touchstone Essentials’ organic, whole food nutrition.

“It wasn’t easy putting in so much training on top of work and family, but it was definitely worth it. The superfood nutrition from Touchstone Essentials made it possible to train and recover to my full potential, and the feeling of representing your country on a global stage is amazing,” shared Alan.

Superfood Nutrition for Energy and Recovery

With a full family and work life, getting extended downtime for recovery wasn’t possible. So, Alan turned to organic superfood nutrition to supplement the extensive energy that intense frequent workouts demanded.

Whether for a workout or workday, each morning started out with Organic Super Protein delivering 18g of superfood protein, energizing MCTs, plant-based omegas and digestive enzymes. Benefits Alan felt right away:

“Organic Super Protein is an easy and delicious way to get healthy protein every day, which is essential for repairing the microtears that happen in muscle tissue during intense exercise.”

“Taking Boost and Green Energy made sure I had energy to get through both interval and endurance training, and could recover quickly. I found that I didn’t experience much muscle discomfort at all, even after the most intense sessions, so I was able to keep my training on track,” explained Alan.

All that training paid off when Alan and John were selected as team #1 to represent Ireland at the Men’s Doubles in the 2019 World Rowing Coastal Championship in Hong Kong.

In a field of 42 men’s international teams, and through intense preliminary heats, they made it to the final, and finished 13th in the world. It’s an inspiring example of how perseverance and determination can make dreams come true.

Next up for Alan is more training and racing. The Irish Championships will be held in the summer, followed by the World Championship in Portugal in September 2020. “It’s a great feeling to represent your country and go up against the best in the world. And with the goodness of Touchstone Essentials superfood nutrition, I know I’ll keep getting better.”