The Potential Dangers of 5G 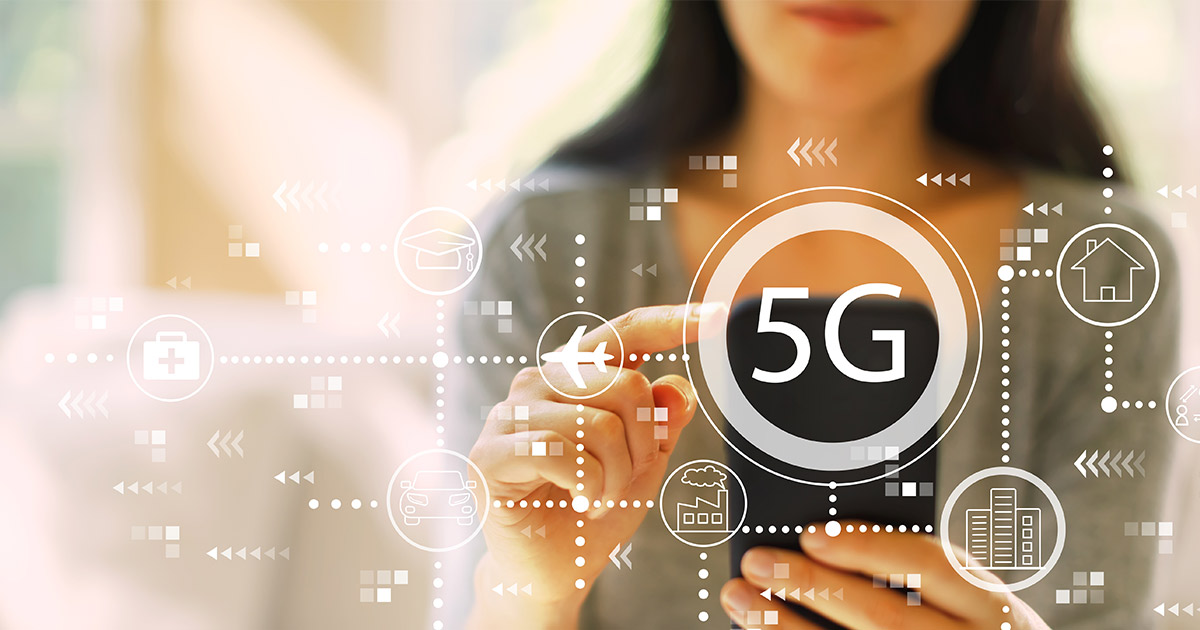 5G, the next generation of cellular networks, is just around the corner. Mobile, tech, and communications giants promise that 2020 is the year 5G really starts to roll out (1). Even world-renowned entrepreneur Elon Musk has big plans for making 5G a global reality. His company SpaceX has received approval to launch 12,000 low-orbiting satellites to implement worldwide 5G (2).

This next generation of wireless will mean much faster downloads and better connectivity, in major cities where 5G is first introduced and eventually, all over the world. It’s every tech lover’s dream.

However, many experts warn the widespread introduction of 5G is a wolf in sheep’s clothing. Dr. Trevor Marshall, director of the Autoimmunity Research Foundation in California cautions, “The new 5G wireless technology involves millimeter waves (extremely high frequencies) producing photons of much greater energy than even 4G and Wi-Fi. Allowing this technology to be used without proving its safety is reckless in the extreme, as the millimeter waves are known to have a profound effect on all parts of the human body” (3).

But what exactly is 5G and what kind of profound effects could it have on your body? And should you be worried about 5G or is it all blown out of proportion?

What Exactly is 5G Anyways?

5G stands for fifth-generation wireless technology. 5G uses millimeter waves at frequencies that are between 10 and 100 times higher than the radio waves used for 4G (4). These are the same waves used to generate high resolution images in airport body scanners (5).

But this increase in speed has a downfall: the range of 5G is much shorter compared to its older relatives. Due to the shorter range, setting up a 5G infrastructure requires a massive number of small transmitters dispersed throughout populated areas.

So, instead of a lesser number of tall cellphone towers, 5G requires a much greater number of small towers, with cell sites positioned as close as 100 meters apart. Once 5G infrastructure is established, people in that area will be awash in these electromagnetic frequencies.

So why is this an issue?

The Potential Dangers of 5G

Back in 2015, more than 230 scientists studied the biological effects of EMFs like Wi-Fi, and wireless technology similar to 5G (7). Shockingly, they discovered evidence that EMFs like 5G may…

Keep in mind that most of the possible side effects of EMFs like 5G are not instant, and some people are more sensitive to this type of radiation than others. These symptoms can take years to manifest. But how can EMFs like 5G cause this much damage?

Your Body Runs on Electricity

Whether you realize it or not, your body heavily relies on different voltages and specific frequencies to carry out a variety of basic biological functions (13). Many of these functions are essential for a healthy mind and body.

This is where EMFs like 5G come into play. EMFs may interfere with the body’s natural bioelectric frequencies.

For example, scientists have found that EMFs can activate voltage-gated calcium channels located on the surface of your cells (14). This means that 5G could cause damage by affecting the electrical charge of cells. In doing so, it can result in a wide range of issues such as inflammation, cellular damage, and fatigue (from damaged mitochondria).

Since there are a limited number of studies on this topic, this is just the tip of the iceberg in terms of how 5G truly affects human biology.

Protecting Yourself from the Effects of 5G

Completely avoiding exposure to EMFs like 5G is impossible—especially as telecommunications companies develop their 5G infrastructure, and more 5G enabled phones come on the market. But the good news is, you can take several steps to minimize the risks of 5G exposure.

First and foremost, make sure that you don’t sleep with your phone anywhere near your bed. Ideally, your phone should charge overnight in another room. That way your body isn’t exposed to as much 5G (or any EMFs for that matter) as your body is regenerating through the night. This is when it’s the most vulnerable to the effects of 5G.

You may also want to avoid keeping your phone in your pocket or close to your body as much as possible. As a general rule of thumb, the less your phone is touching you or near you, the better.

Increasing your consumption of antioxidants and sulforaphane from cruciferous vegetables like broccoli can help control the inflammation and protect your body from the oxidative stress caused by 5G. For the best results, consider consuming organic berries on a daily basis, or consuming an organic green juice powder that’s rich in antioxidants.

Exercise is another theorized way to protect yourself from the effects of 5G and EMF. Studies have found that exercise can restore your levels of glutathione which is an incredibly potent antioxidant that your body naturally makes (15). This, in turn, could help reduce the amount of oxidative stress caused by 5G and other environmental factors.

Along with getting enough antioxidants, and regular exercise, make sure you’re getting enough magnesium in your diet. Remember, EMFs like 5G activate calcium channels when they shouldn’t be, and magnesium is a natural calcium blocker (16). And since most people are deficient in magnesium, eating more magnesium-rich foods is a smart move.

5G is coming and soon will be widespread, along with 5G phones. While this new technology will bring faster speeds and connectivity, it comes with potential health risks that are not fully understood. Until further research is conducted, it makes sense to take precautionary steps to protect yourself from excessive exposure to millimeter wave EMFs.