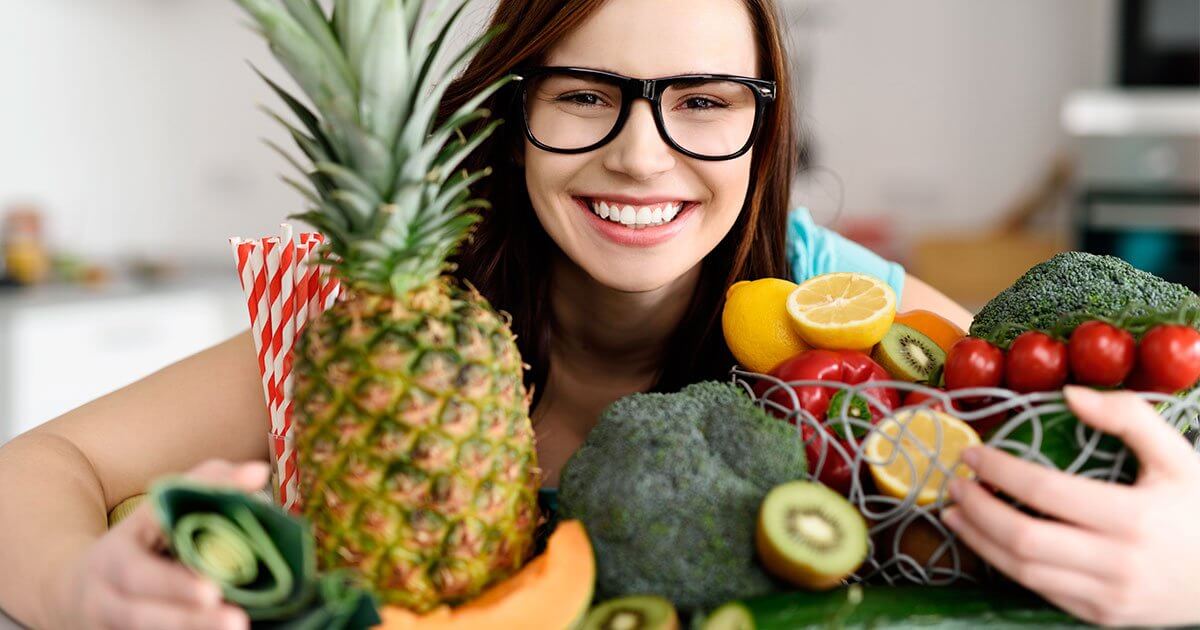 How many times have you been told you should eat more fruits and veggies? Yet despite all the reminders, as many as 9 out of 10 people still don’t eat enough fruits and vegetables. Part of the reason people don’t make more of an effort is the belief that the benefits of a plant-based diet may not kick in until much later down the road.

After all, pretty much everyone knows that eating more fruits and veggies is good for you, with long-term health benefits that include:

So why doesn’t everyone eat more? The theory is that since these health issues seem far off in the future, it’s easy to put off making changes in the short term.

But new research shows that the health benefits of fruits and veggies start to take effect much sooner than most people think.

In fact, a measurable difference in well-being can be seen in just two weeks.

Groundbreaking research has found that increasing your fruit and vegetable intake can improve your psychological well-being in as few as two weeks.

The study co-author, Dr. Tamlin Conner, of the Department of Psychology at the University of Otago in New Zealand, found that young adults who consumed extra fruit and vegetables for 14 days straight experienced a significant boost in energy, motivation and vitality.

In other words, you can boost your motivation and energy levels just by adding more fruit and vegetables to your diet.

Convenience is the Key

The study showed that the determining factor in eating more fruits and veggies was how accessible they were. In other words, convenient access was the key.

The study participants were separated into three groups:

Group 1:
The first group was told nothing and given nothing (this was the control).

Group 2:
These members were sent text reminders to eat more fruits and vegetables. They were also given vouchers so they could get produce for free.

The researchers discovered that only group 3 consumed significantly more fruits and vegetables on a daily basis. Additionally, only group 3 experienced the health benefits.

These results suggest that if you make fruits and vegetables readily available, you’re more likely to consume them, which makes sense.

Make eating fruit and veggies easy by cutting them up ahead of time and storing in a container. It’s much easier to reach for a healthy snack when it’s ready to eat.

You know that saying, “out of sight, out of mind”? It applies to food too, so keep your fruits and veggies where you can see them. Place an organic apple on your desk, or set a reminder on your phone.

Drink a Green Juice or Smoothie

If you’re short on time or want to get several servings of fruits and veggies at once, go for an organic green juice powder that has all your healthy superfoods. That way you get multiple healthy veggies in one drink.

No matter which method works for you, get as many fruits and veggies as possible and you can start seeing health benefits in as little as two weeks. It’s a simple way to boost your energy, motivation, and vitality. And you’ll be well on your way to experiencing all the long-term benefits.