Eating Organic Cuts Cancer Risk by up to 25% 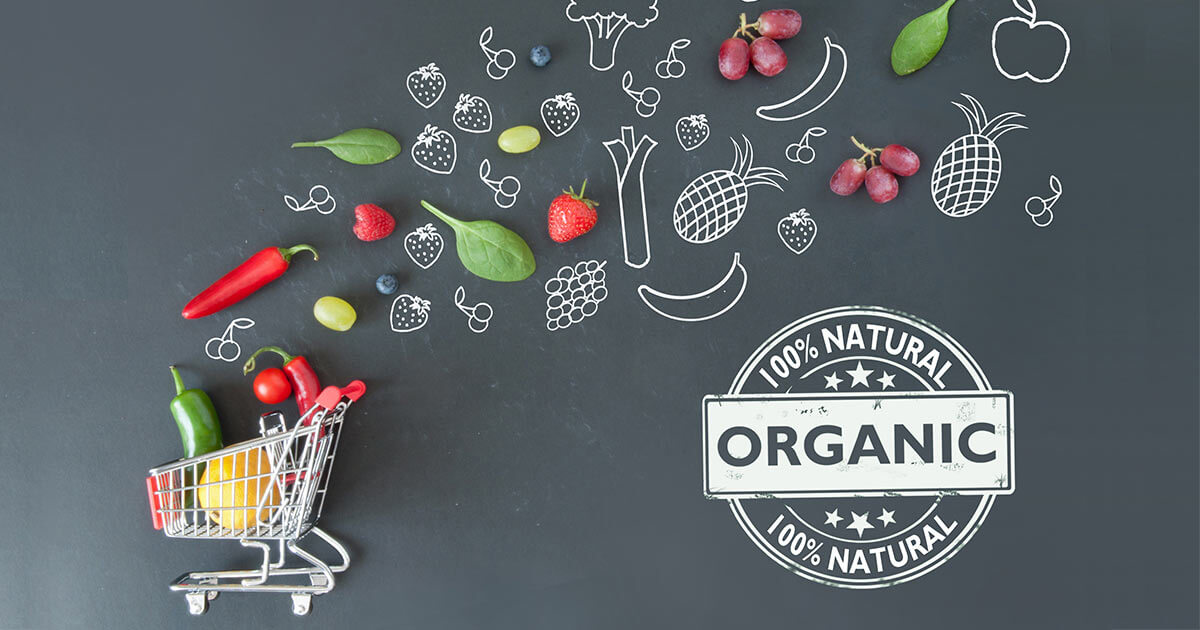 Everyone knows that organic is the healthier choice. Now, new evidence sheds even more light on just how important it is to eat organic food. A groundbreaking study suggests that you can significantly cut down your risk of cancer just by eating organic.

While organic food tends to be more expensive, this landmark study may just change your mind if you’re on the fence about spending the extra money.

Cancer statistics are scary, to say the least. The chance that you will develop cancer at some point in your life is almost 40% if you’re a male and 37% if you’re a female (1). This new study suggests you can shave off quite a few digits from those risk percentages.

The study in JAMA Internal Medicine was led by Julia Baudry, an epidemiologist at a research institute in France. To conduct the study, a team of researchers evaluated the diets of almost 70,000 French adult volunteers. This large sample size helps increase the accuracy of the results.

The volunteers were categorized into four groups based on how often they consumed organic foods, including fruits, vegetables, meat, fish, cooking oils, and even processed food.

The researchers collected data for several years. Then they made note of those who did and did not develop cancer. The results were dramatic.

Volunteers with the highest reported consumption of organic food were 25% less likely to be diagnosed with cancer. The greatest reductions of risk were seen in post-menopausal breast cancer and non-Hodgkin’s lymphoma.

While the groups eating the most organic food saw the biggest reduction in risk, even groups who ate moderate amounts of organic food had a reduced risk of cancer, according to the findings.

So why is organic food so much better for the body?

Multiple large-scale studies have shown that organic foods tend to be higher in antioxidants and other nutrients that promote health and wellness (2, 3).

Many non-organic foods are also riddled with pesticides and herbicides. Many of these chemicals are shown to have negative health effects.

When it comes to cancer, the International Agency for Research on Cancer identified three chemicals used on crops that are classified as probably cancer-causing in humans (4). This includes the infamous glyphosate, malathion, and diazinon.

The important thing to realize here is, organic food is not contaminated with these chemicals. This is why researchers like Julia Baudry believe that consuming organic foods resulted in a lower risk of cancer in the study.

A Rebuttal for The Skeptics

Since it was published, this study has made headlines. As a result, it has attracted the scrutiny of several skeptics who claim this study is by no means conclusive proof that organic food can prevent cancer.

Skeptics also claim that there’s no direct evidence of dietary pesticide consumption and cancer. According to them, pesticides aren’t a danger because you consume them in tiny amounts.

Yes, it’s true that there’s no direct evidence between pesticides in food and cancer as it would be unethical to conduct such a study. But that does not mean pesticides are harmless or safe in food.

When pesticides are evaluated, scientists only look at one specific compound at a time. If they don’t see any effects at tiny doses, they say it is safe. Unfortunately, this “blinders on” lab approach doesn’t match the real world.

In the real world, you are exposed to dozens of pesticides and countless environmental toxins every day (5). So even if you are exposed to low levels of pesticides, they can cumulatively add up to cause harm to your body. Furthermore, some toxins are known to synergize—meaning they magnify the effects of one another, creating a more pronounced toxic effect.

While scientists have not figured out a way to reliably study the cumulative and synergistic effect of toxins like pesticides, the potential threat is very real. Even if they are consumed in small doses.

While organic food does have a higher price tag, evidence is beginning to reveal just how important it is for health and well-being. Buying organic doesn’t just apply to the grocery store, but also to supplements. Make sure your nutrition supplements come from organic sources too.

One landmark study involving 68,000 people over several years showed that people who consumed the most organic food experienced a 25% decreased risk of developing cancer.

The study researchers believed this correlation was due to the fact that organic foods do not contain carcinogenic pesticides. This study just goes to show you that spending the extra money on organic is worth it. Your life may even depend on it.