Could an Unhealthy Gut Cause Chronic Fatigue? 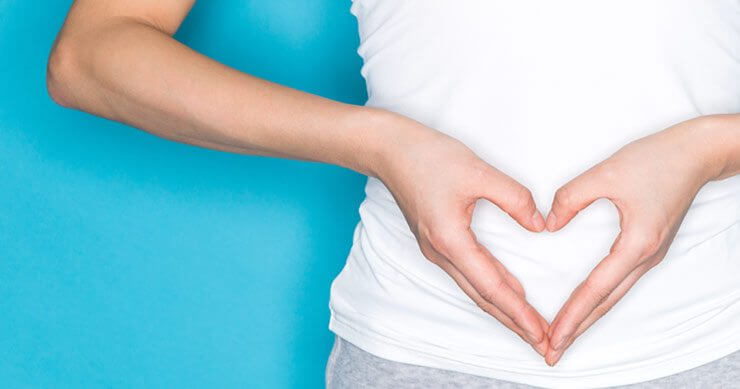 Fatigue can have a devastating effect on our lives. Lacking the energy to get out of bed in the morning; be productive at work; or even complete everyday tasks can be frustrating to say the least.

While some experience fatigue due to an illness or a poor night’s sleep, others struggle with fatigue on a daily basis and have no idea why.

More than Just Being Tired

There are now millions of people who fall into a newly recognized category of fatigue that’s chronic and devastating. It’s called chronic fatigue syndrome (CFS).

CFS is characterized by a severe and persistent tiredness that makes it a challenge to participate in ordinary activities. And up until recently, medical professionals had no way of diagnosing it.

In fact, the cause of CFS has baffled researches so much that some even question whether the condition exists. Now, for the first time ever, researchers from Cornell University have identified the potential biological cause of chronic fatigue syndrome.

And the answer lies in the gut.

Chronic Fatigue and Your Gut Microbiome

The study analyzed the stool and blood samples of 48 people who had been diagnosed with CFS. Then they compared their data to 39 healthy people (controls) without CFS.

“Our work demonstrates that the gut bacterial microbiome in CFS patients isn’t normal…[it] provides further evidence against the ridiculous concept that the disease is psychological in origin,” said Maureen Hanson, the Liberty Hyde Bailey Professor in the Department of Molecular Biology and Genetics.

The research team even used their findings to correctly diagnose CFS in 83% of patients through stool samples and blood work.

Since CFS was so hard to medically diagnose in the past, it’s a game-changing result that could pave the way for new diagnostic and treatment methods of the condition.

How Could Gut Bacteria Cause CFS?

While the researchers did admit their findings couldn’t definitively say if CFS is caused by an imbalance of gut bacteria, the study still sheds light on a potential cause that could be further studied.

The researchers also noted the blood samples of the patients with CFS contained markers of inflammation. It was suggested that this was likely a result of bacteria entering the blood due to a leaky gut, which is triggered by intestinal problems.

They went on to explain that when bacteria enter the blood due to leaky gut, it can cause chronic inflammation. As a result, it can significantly worsen the symptoms of chronic fatigue.

But What Causes Leaky Gut?

In other words, picture your intestinal wall as a gate. This gate controls which substances can travel from your intestines to your bloodstream (and vice versa). In leaky gut syndrome, that gate is broken.

When the intestinal wall (gate) malfunctions, toxins, harmful microbes, and undigested food particles can enter the bloodstream. When this happens, it causes inflammation throughout your body. And if this happens over a long period of time, it can lead to a variety of diseases.

Unfortunately, since leaky gut is a recently recognized condition (like CFS) experts still don’t know what causes it. It’s believed that leaky gut can be worsened by:

So it’s possible that CFS, leaky gut, and your gut bacteria diversity are all connected somehow.

The results of the study ultimately reveal that both an unhealthy gut bacteria composition and leaky gut are potential causes of CFS.

Given these new findings, it’s reasonable to believe sufferers of CFS can find relief by taking measures to heal their gut and achieve a healthy balance of gut bacteria.

Here are some common ways to heal the gut and restore the balance of healthy bacteria:

Since the research concerning CFS is still relatively new, medical professionals still can’t be sure if an unhealthy gut is a cause of CFS.

But no matter what, most people can benefit from taking steps to heal their gut. Between pesticides on our food and the over prescription of antibiotics, we need to restore the healthy bacteria in our gut now more than ever.