13 of the Most Common GMO Foods 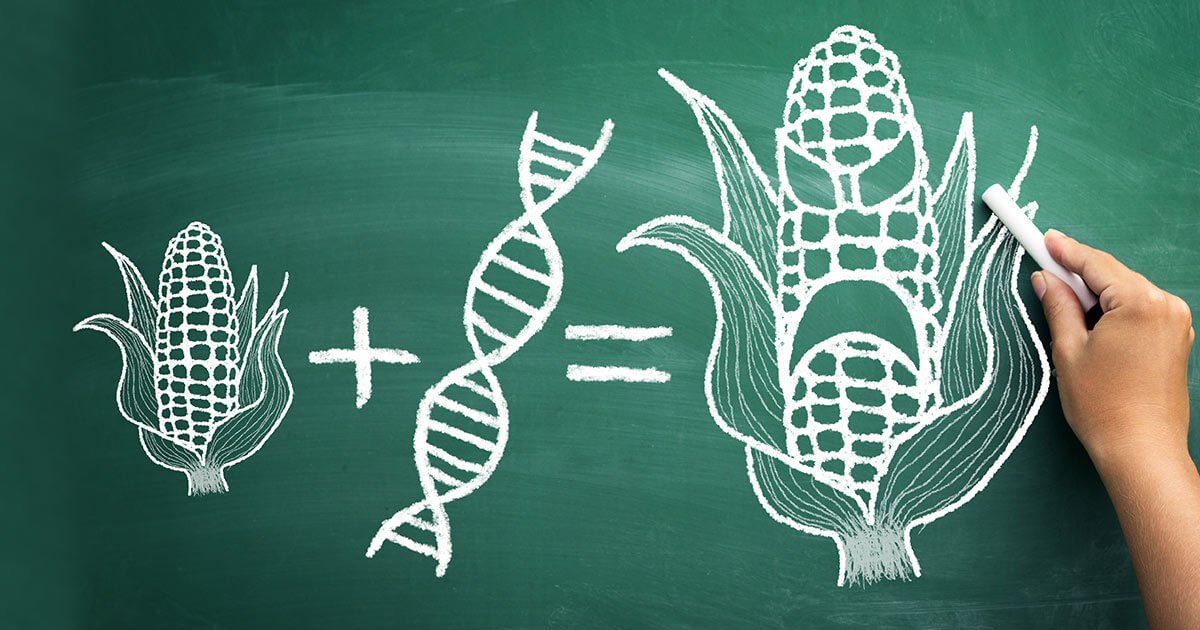 GMOs, or genetically modified organisms, are an increasingly controversial topic. The food industry is all-in with GMO because it allows them to modify plants so they are resistant to pesticides, grow faster or bigger, or are disease or drought resistant.

On paper, GMO foods seem like a technological advancement. But when you take a look at the research that evaluates their safety, and the chemicals they come with, a darker side is revealed.

Why Should You Avoid GMO Food?

Despite the fact that many companies claim GMO food is perfectly safe, there’s a growing body of research that raises concerns. Animal studies have found that GMO food can cause organ damage, immune system disorders, infertility, intestinal problems, and even accelerate physical aging (1).

This is where skeptics will say, “this doesn’t mean anything because they’re not human studies.” Even so, there’s still one big glaring issue: most GMO foods are riddled with pesticides because they were specifically developed to be resistant to these toxic chemicals.

Glyphosate or Roundup, for example, is a widely used herbicide that’s shown to cause cancer, kill off healthy bacteria in the gut, and promote the development of gluten intolerances or celiac disease (2, 3, 4). Another pesticide called chlorpyrifos is linked to developmental delays, lower IQ, learning deficits, and neurological problems in children (5).

Some experts are also concerned that the DNA from GMO foods can pass into human blood and the microbiome. In doing so, they can exert unforeseen effects—whether these effects are negative or positive is unknown (6, 7). Health concerns aside, GMO crops also take a significant toll on the environment (8).

With risks of pesticide exposure and the negative environmental impact of GMO foods, it’s a good idea to avoid GMOs whenever you can. The challenge is knowing which foods are GMO because you can’t rely on food labels. To make things easier for you, here’s a list of the 13 most common GMO foods you will find at the supermarket.

Corn is a staple of the food industry. It’s used as animal feed and refined into countless different forms to be used as additives or fillers in food. This includes corn syrup, ascorbic acid (the vitamin C found in many supplements), corn starch, dextrose, maltodextrin, MSG, sorbitol, xylitol, and over 60 additional additives.

So, what’s the big deal? Reports suggest that more than 90% of corn grown in the United States is GMO (9). Since processed corn is used in so many foods this means a massive portion of food is tainted with GMO corn. This is concerning since research on animals has found evidence that GMO corn may negatively affect the kidneys, liver, heart, and adrenal glands (10, 11).

According to the United States Department of Agriculture, around 94% of soy is GMO (12). Much like corn, the food industry repurposes soy into a long list of food additives. This includes soybean oil, a thickener called soy lecithin, soy protein, tocopherol (vitamin E), MSG, and mono-diglyceride.

Not only does this make it difficult to avoid soy, but many of these additives come with their own risks. There’s some evidence that suggests soy lecithin is contaminated with pesticides and a harmful chemical called hexane (13).

Even without taking the GMO concerns into consideration, canola oil can cause a wide range of health issues including chronic inflammation, weight gain, and memory impairment.

Many types of generic vegetable oils are a mixture of GMO corn, soybean, cottonseed, or canola oil. These oils are typically used in fast food restaurants. All of these oils are genetically modified to resist herbicides like glyphosate, which means they are likely contaminated with Roundup.

These vegetable oils should also be avoided because they are usually rancid or oxidized, which can cause rampant inflammation in the body and increase the risk of heart disease (14).

Aspartame is a widely used artificial sweetener found in diet sodas, low sugar beverages, and low-calorie sweets. Manufacturers produce aspartame by genetically modifying bacteria in such a way that makes them excrete what we know as aspartame (15).

Not much else is known about the production methods since companies are notoriously tight-lipped about the process. However, we do know that aspartame can increase glucose intolerance and add to weight gain (16).

While they aren’t directly consumed, sugar beets are widely used for the production of sugar or sucrose. Since sugar beets naturally have a difficult time competing with weeds, Monsanto scientists genetically modified them to be resistant to the herbicide glyphosate. This allows farmers to dump large amounts of caustic herbicides on their crops to increase their crop yield. Currently, around 95% of sugar beets grown in North America are genetically modified (17).

Unless derived from organic foods, non-organic vitamins usually contain GMO ingredients made from corn and soy. This includes ascorbic acid, tocopherol, and magnesium stearate. If the vitamins are chewables or gummies, they also likely contain aspartame or some other artificial sweetener. Get your vitamins from real food sources.

Many brands of ice cream contain several GMO ingredients that could be detrimental to your health. This includes corn syrup, canola oil, soy lecithin, mono-diglyceride, and corn starch. Sugar-free or low-calorie variants are also likely to contain aspartame or some other artificial sweetener.

Most Hawaiian varieties of the papaya fruit are genetically modified to be disease resistant. If you don’t want to risk eating the GMO versions, look for organic (always non-GMO) or those grown in Mexico or South America.

The apple variety known as the Arctic apple was developed using a new, experimental GMO technique called RNA interference to prevent the apple from browning (18). It’s unknown what safety implications this holds for human health. When it comes to other apple varieties, always choose organic, since apples are one of the most heavily sprayed crops.

It’s estimated that around 85% of cotton in the United States is genetically modified (19). Even though cotton is not a food, the food industry cleverly repurposed it into cottonseed oil. Countless food companies and restaurants sneak it into their food or use it for cooking.

Cotton is known as one of the world’s dirtiest crops due to the high amounts of pesticides and herbicides sprayed on the crops (20). To become cottonseed oil, it’s then heavily refined with hexane, bleach, and deodorizers. So not only is it GMO, but it is processed with multiple toxic chemicals.

While there’s no evidence that reveals any dangers of GMO green zucchini or yellow summer squash, you still may want to buy organic if you’re concerned about the risks of GMO.

The “Innate” group of potatoes are one of the most recently approved genetically modified crops, also using the new GMO technique of RNA interference.

Sold under the brand name of “White Russet” these potatoes were designed to not show signs of bruising and browning. They may still get bruised but now you can’t see visible evidence of the damage. Little research has been done on long-term safety of the potatoes however.

The scientist who developed these potatoes, Dr. Caius Rommens, wrote a book called Pandora’s Potatoes in which he renounces his work and raises serious concerns about the process and safety of GMO foods (21).

If you don’t want to take any risks with GMO foods, and want to avoid toxic herbicides and pesticides, the best way to do that is to buy organic. Certified organic foods are non-GMO and much more, creating sustainable food practices that are healthier for people and the planet.