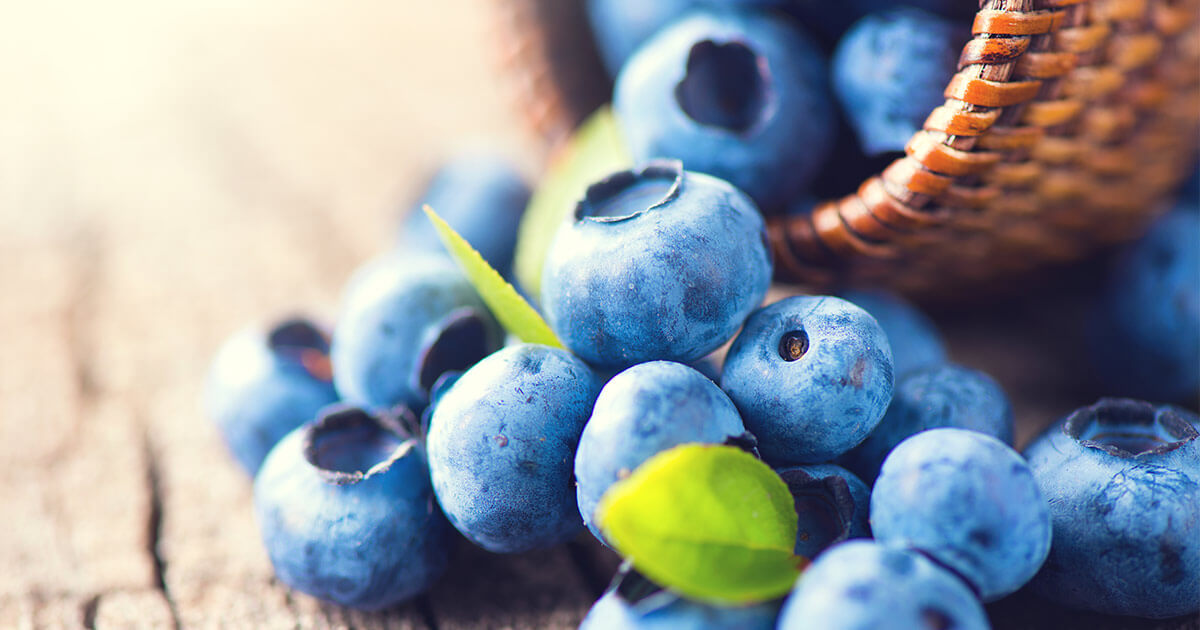 According to the World Health Organization, 40% of the world’s population is estimated to have high blood pressure or hypertension (1). This is a huge problem affecting both men and women since high blood pressure can significantly increase your chance of developing cardiovascular disease or having a stroke.

There are many dietary and lifestyle factors that can help you achieve a healthy blood pressure. You can exercise every day, avoid processed foods, take steps to reduce inflammation, and eat plenty of greens.

But new research suggests there is yet another way to easily and effectively manage blood pressure. And this method also happens to taste great.

A study published in the Journal of the Academy of Nutrition & Dietetics revealed that regular consumption of blueberries is a powerful tactic to lower your blood pressure (2).

For the study, 48 women with hypertension (high blood pressure) from Florida were recruited. The women were then split into two groups.

Scientists instructed one group to consume 22 grams of blueberry powder (equal to about one cup of fresh blueberries) daily. The second group received 22 grams of a placebo (plain) powder.

At the end of the eight-week study, the women who consumed the blueberry powder experienced a significant decline in both systolic and diastolic blood pressure while the placebo group had no reduction in blood pressure.

Another more recent study published in 2019 echoed these findings (3).

Researchers from King’s College London gave 40 healthy volunteers a drink containing 200g of blueberries or a placebo drink. Then they were instructed to drink the beverages once a day for one month. At the end of the study, the researchers discovered that the blueberry drink…

The study’s lead researcher Dr. Ana Rodriguez-Mateos explained, “If the changes we saw in blood vessel function after eating blueberries every day could be sustained for a person’s whole life, it could reduce their risk of developing cardiovascular disease by up to 20%.”

That means simply eating a cup of blueberries every day as a snack could dramatically cut down your risk of heart disease and stroke. Improving your health doesn’t get much easier than that.

It’s the “Blue” in Blueberries That Lowers Blood Pressure

Now you may be wondering after reading about these studies, “why do blueberries have such a powerful effect on blood pressure?”

The research points to a blood pressure-lowering compound in blueberries called anthocyanins. This plant compound belongs to a family of antioxidants called flavonoids. Anthocyanins give blueberries their distinct blue color.

There’s evidence that other antioxidants produce similar benefits as well. But only if you get the antioxidants through plants. In the blueberry study, a control drink that contained isolated vitamins had no effect. So, just taking a multivitamin won’t work.

There’s no denying that blueberries can have an impressive impact on blood pressure regulation. But there’s a catch. If you go overboard and consume too much fresh fruit, you could end up raising your blood pressure.

The take-home here is that if you choose to consume blueberries for their health benefits, eat them in moderation, up to a cup per day. And opt for organic blueberries to make sure you avoid toxic pesticides.

To get plenty of plant-based antioxidants in your diet without a spike in sugar intake, an organic green juice powder would be your best bet.

Research suggests that consuming around a cup of blueberries per day could help lower your blood pressure. This beneficial effect is due to the fact that blueberries are a rich source of a type of antioxidant called anthocyanins.

Anthocyanins lower blood pressure by increasing the body’s production of nitric oxide and protecting cells from oxidative stress. To maximize these benefits, choose organic blueberries or wild blueberries as they have the highest levels of anthocyanins.