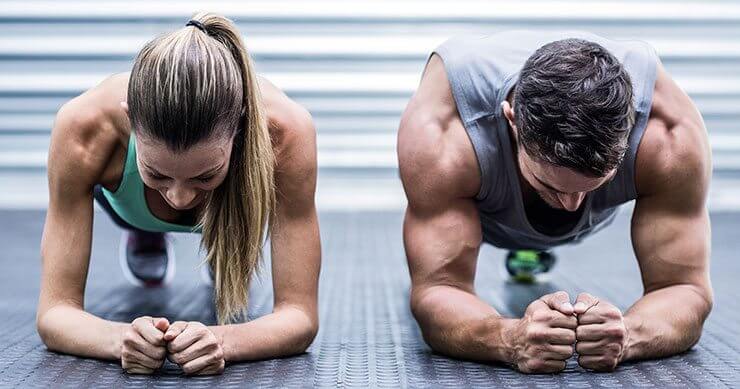 Professional athletes require an extraordinary number of calories, protein, and other nutrients to fuel their highly active lifestyle. Among these nutrients, protein receives the most attention by far. That’s because protein is required to build and maintain muscle.

Since professional athletes need a lot of protein to perform their best, most people imagine an athletes’ diet to consist of slabs of meat, whey protein shakes, and 15-egg omelets.

What about plant-based protein?

Even though long-term studies have shown that plant-based diets lead to longer lifespans, there’s a common misconception that a plant-based diet can’t meet the protein and nutritional needs of highly active people and professional athletes.

Animal products are by no means the only way for a professional athlete, or anyone for that matter, to meet their protein needs. In fact, there are many professional athletes who have shown that plant-based diets can fuel even the most demanding workouts.

Here are 7 professional athletes that prove plant-based protein is their preferred choice to meet their high protein requirements.

Olympic-medal winning track star Carl Lewis experienced his most successful year of competition after switching to a vegan diet. Carl Lewis went on to win an impressive 10 Olympic medals and 10 World Championship medals in his career. He has been a vocal advocate for his plant-based diet by arguing athletes do not need meat-based protein to be successful.

In 2011, Venus Williams was diagnosed with Sjogren’s syndrome, an autoimmune condition that can cause dry eyes, dry mouth, and often leads to rheumatoid arthritis. In response to her diagnosis, she switched to a plant-based diet to control inflammation. After Williams regained control of her health, she went on to win the Olympic gold medal for tennis in women’s doubles (with Serena Williams) while maintaining her vegetarian diet.

Mac Danzig is a famous vegan MMA and UFC competitor who won an impressive 12 MMA matches in a row. Danzig is open about his plant-based diet and was even featured in the popular documentary Forks Over Knives. Both MMA and UFC are brutal “fighting” sports that require high levels of strength and agility. So if he can perform on a plant-based diet, anyone can.

Joe Namath is a well-known football quarterback who was inducted to the Football Hall of Fame in 1985. He was a Super Bowl III champion, Super Bowl III MVP, and even the first quarterback to throw 4,000 yards in one season. Namath was on a vegetarian diet throughout his career which is quite impressive considering plant-based diets weren’t as popular for athletes as they are today.

Desmond Howard is a former Heisman Trophy-winner and Super Bowl MVP for the Green Bay Packers. He is a great example of how even football players, who have notoriously have high protein and caloric needs, can be successful on a plant-based diet.

Basketball Hall-of-Famer Robert Parish is considered to be one of the 50 greatest players in NBA history. His giant 7-foot frame is nourished with nothing but plant-based food.

Despite what some may believe, plant-based protein can easily provide your body with the protein it needs, and deliver long-term health benefits along the way, including a reduced risk of certain types of cancer.

Whether it’s from beans, nuts, whole grains, or a plant-protein shake, there are plenty of ways to get healthy protein from plant sources, ones your body will find easy to absorb and use. If all these professional athletes can meet their protein needs without meat, anyone can.