5 Mushrooms to Balance the Immune System 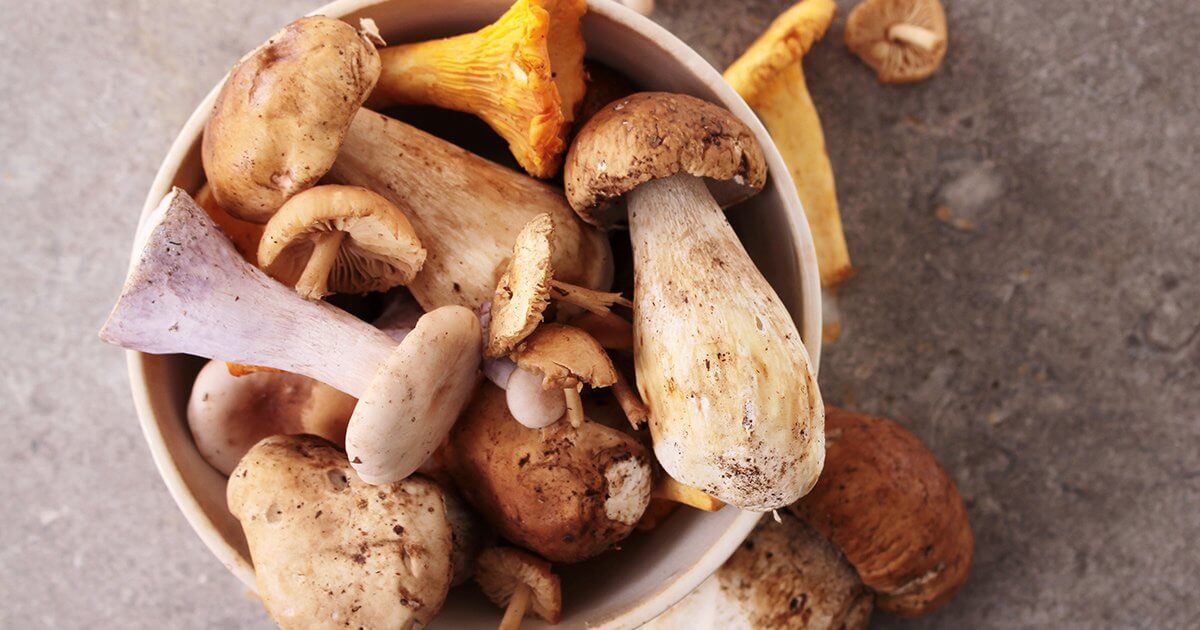 Mushrooms are one of the most underestimated foods on the planet. They are nature’s way of recycling, breaking down organic matter into fertile soil. Mushrooms also contain incredibly powerful compounds that can bolster your health and balance your immune system.

Most of all, mushrooms are immune powerhouses. They strengthen your immune system when it’s too weak and downregulate it when it’s too active—such as with autoimmune issues.

This is particularly important to realize because our immune system needs more help than ever. The rates of autoimmune disease are at an all-time high and steadily increasing (1).

Modern eating habits and overuse of antibiotics have also damaged our gut. Since close to 80% of immunity is linked to gut health, this makes our immune systems weak.

Mushrooms are one of the best ways to give our immune system a helping hand. But not any mushroom will do the trick. Here are five of the most effective immune-regulating mushrooms known to science.

The turkey tail mushroom is one of the most studied medicinal mushrooms due to its ability to fight disease and bolster your immune system.

This amazing mushroom contains bioactive compounds called beta-glucans. When consumed, beta-glucans can stimulate the immune system by enhancing macrophage and natural killer cell function—two types of cells that play an important role in your immune system (2).

Studies also suggest that beta-glucans can help the immune system slow the growth of tumors and protect your body from the effects of cancer-causing compounds (2). One NIH-funded study in 2011 even showed improved immune response in breast cancer patients (3).

Turkey tail also contains prebiotics which feed the good bacteria in your gut, supporting overall immunity. Since turkey tail is so effective at enhancing the immune system, many people consume it during the cold and flu season.

For instance, there’s evidence that tremella mushrooms can help your body fight infection and it has long been used an immune tonic (4).

Tremella is also gaining renown in anti-aging skincare for its ability to draw moisture to itself—in a process similar to hyaluronic acid—plumping up and smoothing out the skin.

Maitake mushrooms are most commonly known as “hen of the woods” by mushroom foraging communities because it resembles the fluffed tail feathers of a nesting hen.

They’re a rich source of antioxidants, vitamins B & C, and several minerals. Maitake mushrooms are highly sought after for both their delicious flavor and immune-regulating effects.

Shiitake mushrooms are a common staple of Asian cuisine. They have a meaty, yet versatile flavor.

Animal studies indicate that shiitake mushrooms can fight obesity (6) and support a healthy heart (7). And human studies show it may significantly improve your immune system.

Specifically, the American College of Nutrition found that shiitake mushrooms can improve the efficiency of the immune system, improve gut immunity, and decrease inflammation (8).

And lab tests on human cell lines show shiitake mushrooms can prevent malignant tumor growth. It does this by signaling tumor cells to lyse (burst) in a process called apoptosis (9).

Lastly, shiitake mushrooms may have potent antimicrobial properties, making it an effective natural antibiotic. What makes them even more amazing is that a study showed it only killed disease-causing (pathogenic) microbes, leaving beneficial bacteria unharmed (10). On the contrary, prescription antibiotics kill off both beneficial and bad bacteria in your body.

Cordyceps mushrooms are well-known among professional athletes for their ability to improve physical performance and energy levels. But what most people don’t realize is, cordyceps can also benefit your immune system.

According to a publication in the National Center for Biotechnology Information, cordyceps can help improve your body’s innate immunity (11).

Cordyceps is so effective in modulating immunity it has even shown benefits in studies on those with moderate to severe asthma (12).

Evidence also suggests that cordyceps can help autoimmune issues and decrease the number of harmful bacteria in the gut. This is a perfect example of how mushrooms can balance out your immune system.

Opt for Mushroom Extracts for Immunity

While some mushrooms, such as shiitake and maitake, can be easily incorporated into healthy meals, others are less likely to top your plate.

That’s because turkey tail, tremella and cordyceps are fungi not known for their taste, and are not readily found on food shelves so you’ll want to supplement instead.

For optimal immune support, supplement with powdered extracts. Since each mushroom can support immunity in different ways, opt for a blend of several varieties for maximum benefit.

Since buying individual extracts or a specific mushroom blend can be pricey, consider choosing a superfood green juice powder that comes with organic mushrooms without any extra cost. With 5 types of organic mushrooms you can bolster your immunity every day.